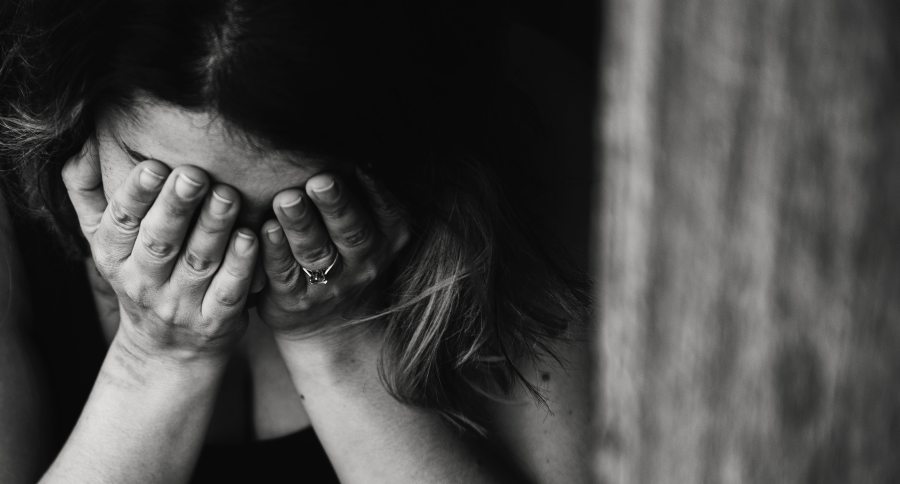 I have been physically abused. I have had my body bruised and spit on. I have had my head hit over and over where I feared for my life, but it still doesn’t compare to the pain of the psychological abuse that I have endured.

Mental abuse is brainwashing worse than you see in the movies. It’s not a magician hypnotizing you with the swing of a pocket watch. It’s a slow fade of a person’s mind and soul. It is a calculated attempt to control a human being. It is monotonous, like a tiny drop of water that eventually causes major damage. And it happens to victims of abuse every single day.

In my case, I can now see where gaslighting was a way of life. People often throw that word around frivolously nowadays, but when I was going through it, I had never even heard of the term. I lived in a constant state of confusion. I didn’t know if I was crazy or just powerless to prove my point of view no matter how accurate it was. He made me question if I recalled events correctly. I knew what I had seen or heard, but after an argument with him, he had a way of completely twisting my mind and recollection.

Brain fog kept me like a zombie. This happened over time. I was very young when we met, so the 15-year-old-me was much more clear-minded than the 30-something-year old me that I would become. My memory started to get worse because of this fog. It felt like I wasn’t living but just existing. I was on autopilot, making it through each day just to wake up and feel the same way.

I was my own worst enemy to top it off. I battled with myself every single day. I wasn’t being a godly enough wife. Why couldn’t I just trust my husband as he said? He would actively lie to me as he told me, “What kind of wife doesn’t believe their husband?” I would question myself and feel like I wasn’t enough. Then on the flip side, I would feel extreme frustration at what my gut knew deep down that he was a liar and a cheater, and that was not okay. If I only knew my worth back then, I would know that I deserved far better, but in those moments, this was my “normal.”

The greatest form of torture came with the drug addiction that he had. Things would be seemingly better on the ever-turning cycle of abuse, and he would suddenly not come home for hours on end. I would sit by a window, pacing back and forth, call and text his phone 100 times, contact hospitals, and stay up all night until he came stumbling in high on drugs. Towards the end, I could finally sleep at night and just let him be, but every time this happened, my mind went to the worst possible image of him dying in a ditch somewhere. The betrayal of him seeing my calls of panic come through only to ignore them felt like a knife to the gut. Maybe deep down he liked my attempts because it showed that I cared in some sick way. Then, I had to consider what bill would not be paid due to him spending all of the money on his habit. It was absolute torture that I would never wish on the worst of persons.

There are many tactics that abusers use to mentally drain a human being. Even the timing of fights often coincides with their plan. I can’t tell you how many nights I was forced to stay up awake because exhaustion is a weapon of abusers. You are off your game and will easily surrender just for rest. This man would scream at me until I was in a fetal position waving the white flag, then, like the hero in a movie, he would sweep me up and hold me, because husbands protect and comfort wives. In some sick way, it would feel very nice because I needed it so badly. It was a horrendous cycle.

Reactive abuse is another tactic. They get you so upset as you try to reason and explain yourself. They scream, interrupt, and poke at you until your blood starts to boil. Suddenly, you are reacting in animal instinct to defend yourself, and now you are the problem. “You are crazy,” “you are being mean,” and even “you are acting abusively!” You find yourself apologizing for your behavior, and magically, the reason as to why the argument started and what they did disappears. It’s all so hurtful and causes long-lasting damage to the heart and mind.

This is the reason why many people don’t even realize that they are being abused because mental and psychological abuse warps the way of thinking. It took me a very long time to realize myself, and even then, I felt dramatic calling that abuse because of other survivors’ stories of being in the hospital or killed by their abusers. If you are enduring this today, call it what it is: abuse. They may never lay a hand on you, but it’s still abusive behavior. You can’t begin to heal if you don’t start with identifying this for what it is.

There is life after mental and psychological abuse. I can tell you from my own experience that it is not an easy road, but it is like breathing for the first time once you heal. You will have to mourn leaving the relationship, and once the fog begins to lift, you will have to face what you have experienced. You may have moments of anger, regret, and overall sadness that you ever thought that this was what love was supposed to be like, and that is okay. Grieve what you lost, which was a perception of love that was tainted, as well as your time and energy. Know it was never your fault, and there is nothing that you could have done better. You may also grieve again when you meet a person who treats you right because healthy relationships feel weird at first. It may cause you to be hypervigilant and look for red flags that may not exist. This is all normal, but it’s up to you to continue that healing process so that you can live the life that you so greatly deserve.

Reach out to someone if you are questioning or know that you are being abused. It is dangerous, even if a finger has never been laid on you. My physical abuse came later, so it can escalate very quickly. You can get out, you can make it in life, and you can live life abundantly. I am living proof.